So… Is there a solution?

Want to know how to implement this solution? Just read the entire article to get a step-by-step method!

If you’ve used W.A. Sender or any other WhatsApp messaging tool, you have asked yourself this question.

How many WhatsApp messages can I safely to send in one go?

According to the official statement by WhatsApp zero.

And anybody engaging in it will have legal action taken against him by WhatsApp. 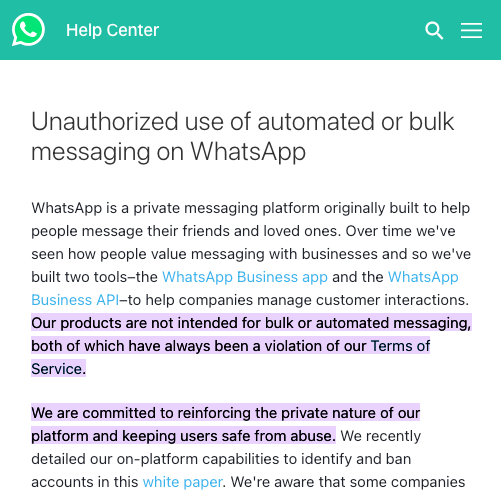 You can believe that official statement and completely refrain from it.

While your competitors do it the right way and grow their network and business by leaps and bounds leaving you far behind.

Then one day they will apply for the official WhatsApp API because now they have a huge base of paying customers that they need to communicate with.

Or you can learn to do WhatsApp Marketing the right way and grow your network and business.

You can put in the effort do it right and leave all your competitors behind.

But before discussing the ‘right way’…

First – What’s The ‘wrong way to do WhatsApp Marketing’?

For example this message 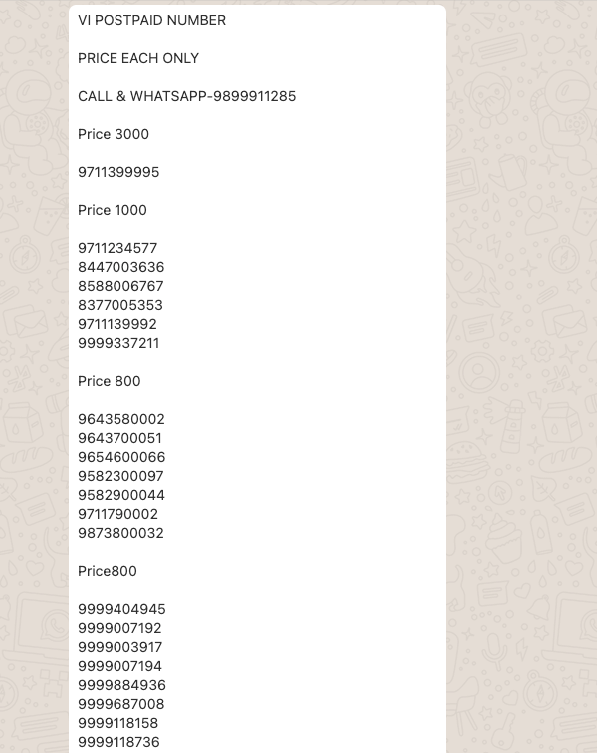 WhatsApp absolutely forbids this and rightly so!

It’s really long and completely spam because I am a very happy AIRTEL Customer and I’m never switching to VI. Plus I’m not a huge fan of spending so much to give up my permanent number which everyone in my contact now is to get a so-called VIP number either

If you send something like this to completely irrelevant strangers then you should and you must be banned.

And WhatsApp rightly has a mechanism in place to make sure that you are banned.

When you msg someone who

Now, when they see something like this, which button do you think will they press?

Or Add to contacts?

It doesn’t take a genius to know that when you do something like this you will either be blocked or both blocked and reported to WhatsApp. Since this is absolute and obvious spamming!

So that’s the problem now what is the solution?

So to answer the main question of this article…

How many messages is it safe to send?

If you are planning to spam completely irrelevant strangers left, right, and center!

Don’t do it or your number will be banned!

But I can guarantee that it will be banned!

Instead on the other hand

Then you can use the correct way of WhatsApp marketing to get insanely high growth and sales for your business!

So the choice is yours?

Which approach do you want to take?

Which first message do you want to send?